A Civil Code for China: A Great Leap Forward for the Rule of Law

For two weeks in March, the Great Hall of the People in Beijing played host to one of the most important yearly meetings in China. Gathering from across the country, 2,987 parliamentarians, with a majority of 2,157 being members of the Communist Party, and stakeholders from nongovernmental sectors joined the fifth session of the 12th National People’s Congress (NPC) and the Chinese People’s Political Consultative Conference (CPPCC), respectively. As the two events usually take place together, they are jointly referred to as the “two sessions” or the “two assemblies.”

According to the Chinese Constitution, the NPC is the most important political body nationwide, with the power to legislate, oversee the operations of the government, and elect the major officers of the state. However, critics say that these powers are just de jure and that, in fact, the Communist Party decides on all major issues, which is why NPC has been commonly referred to as a “rubber stamp” Parliament by Western media. Unlike the NPC, the CPPCC has no legislative power. As its own name suggests, the CPPCC is a consultative body with many of its 2,000 members not members of the Communist Party. Among them are some of China’s most popular figures, like the actor Jackie Chan, the basketball player Yao Ming, or Wang Jianling, the owner of Wanda Group and also China’s richest businessman.

During the two sessions, the Communist Party announced its intention to introduce a comprehensive Civil Code, designed to improve the existing civil rules that are scattered throughout many pieces of legislation. This is part of a broader plan to reform the country’s legal system by 2020. The ambitious reform agenda was announced three years ago during the Fourth Plenary Session of the 18th Central Committee of the Communist Party of China (CPC), in October 2014.

Following the inauguration of the civil code, many laws currently regulating various aspects of a civil nature, such as contract law, tort law, adoption law, marriage law, etc., will most likely be completely or partially abolished. The civil code will follow the general principles of the civil law and the principles set out in the Chinese Constitution. However, the new code is expected to shed more light on some rather obscure areas of law that need further legislation, for instance with regard to property, family relations, and personal rights, which we will discuss below.

Private property is protected under Article 13 of the 1982 Chinese Constitution, as amended in 2014. The discussion on property rights becomes sensitive when it comes to land ownership. In China, a country with a powerful socialist heritage, land can only be owned by the state or by collective organizations; private entities can only buy the right to use the land for a limited number of years. According to the existing legislation, land-use rights – “usufructuary rights” – can be granted for a maximum of 70 years, after which the law is not very clear on what will happen. Thus, individuals in China can own their houses and apartments, but they cannot own the land on which these buildings are constructed, nor can they own the natural resources underneath. The land-use rights are transferable, however, observers say that the market for land prices is monopolized by the government, even when the land is owned by a collective.

The poor enforcement of real estate property rights is mirrored by the numerous land-seizures seen during the past years, many a direct consequence of China’s urbanization process. This situation is particularly damaging for businesses, as it makes investors reluctant to engage in economic activities, knowing that the land on which they are conducting their businesses is vulnerable to government decisions, sometimes at a moment’s notice. The new private property guidelines are thus expected to strengthen the property rights regime and provide more protection for private property, by narrowing the interpretation of “public interest” as a means to prevent abusive expropriations. Likewise, a mandatory condition for all acts taken by the state in relation to private property to be publicized would highly contribute to increasing political trust in China.

The new civil code will touch upon family relations as well. However, it isn’t clear how deep the new rules will go onto the matter, since China already has in place several laws pertaining to adoption, marriage, and other aspects related to family life. Whether the Civil Code is going to replace these laws remains to be seen. More importantly, in recent years, China has become aware of major challenges approaching at a fast pace, among which the aging of its population raises the most concerns. In a United Nations Report, it was estimated that, by 2050, each retiree in China will be supported by 2.1 people in the workforce. Against a background of slowing economic growth, this prediction does not seem very optimistic.

But perhaps the most worrisome for the public consciousness is the fact that an ever-increasing number of elderly people are being abandoned by their children, who plunge headlong into very competitive urban centers in search of a better life. This phenomenon is aggravated by the similar situation of the many children left behind by parents who leave their homes seeking higher incomes, hopeful that they will be able to provide a better future for their children. The new guidelines are thus expected to address the guardianship issue and to put in place better protections for these highly vulnerable people.

The topic of the aging crisis was brought up with great concern during the NPC Session, as 8.86 million people turned 60 in 2016. Every day 24,000 people turn 60 in China, meaning one person every four seconds. Considering that, the NPC proposed a series of measures to improve elderly care services, including crafting a multi-pillar, fairer, and more sustainable social security system by 2020. The plan is to offer basic old-age insurance coverage for 90 percent of residents and basic medical insurance for more than 95 percent of them; also, government-run nursing homes will account for at least 30 percent of the nation’s total nursing beds for the elderly. Other efforts will be directed toward improving elderly access to technology and enriching their cultural life.

Another anticipated major headline in the new civil legislation is represented by the so-called “personality rights,” which call for a dedicated section in the civil code. Personality rights (or birth rights) are a series of freedoms and liberties that each individual enjoys upon birth, such as the right to life, to physical and mental integrity, freedom of speech, the right to privacy, health, reputation, etc. These rights and freedoms are inherent to the human person and the law merely encodes them. Their free exercise, however, needs to be guaranteed and protected by the state through legal provisions and specialized bodies designed to prevent and punish any acts of violation.

The personality rights are currently guaranteed under Chapter II of the Chinese Constitution. But such provisions cannot be cited in court, due to the absence of a Constitutional Court that would ensure the uniform interpretation, protection, and enforcement of such provisions. Should anyone invoke the claim that a law or administrative act is unconstitutional, there is no specialized organ to could rule upon such matters. A possible explanation as to why China didn’t also establish a specialized Court to rule on constitutional matters at the moment when the Constitution was adopted is that China rejects the separation of powers doctrine, out of concern that it would undermine the authority of the Communist Party. Hence, without an autonomous judicial body to ensure that the fundamental law prevails within the state, the Constitution is left at the moment with only a symbolic role in China.

The importance of guaranteeing the free exercise of personality rights is unquestionable and the new Civil Code should avoid, by all means, rendering the protection regime opaque and rigid. The legislators play an essential role in this; therefore, they should be cautious when defining and enumerating these rights, and make sure they establish an efficient enforcement mechanism. The outlook is not optimistic, though. China is known for allowing restrictions when it feels that too much liberty could weaken state authority or challenge the leadership of the Communist Party.

All these are key areas in which Chinese legislation needs to be further strengthened. But the legal system cannot truly improve unless it ensures that citizens’ personal rights, property rights, basic political rights, and other inherent rights are guaranteed and protected by the state as inviolable. Although the enactment of a Civil Code represents a big step forward in the direction of a rule-of-law system, the legislative work in China needs to continue. Likewise, the systems and mechanisms through which the law is enforced need to be bettered, while at the same time facilitating public participation in the process.

This article has been published by Andreea Leonte and Valentina Crivăț in The Diplomat.

Photo Credits:  The meeting place of the National People’s Congress, the Great Hall of the People in Beijing, China (Flickr/Danny Pang); Old Chinese man out in the rain in Yunnan (Flickr/Rod Waddington) 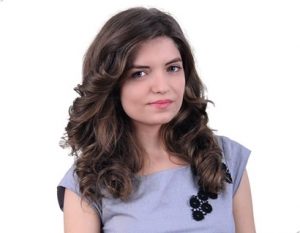 Valentina Crivăț is a non-resident fellow at RISAP. A master graduate of the China University of Political Science and Law, Valentina’s research interests focus on China, China-Europe relations and the Belt and Road Initiative.