It is not for the US to tame North Korea

North Korea’s newest test, of the Hwasong-15 intercontinental ballistic missile, brought back into public attention an issue that never seems to go away. But each and every time, the threats coming from Kim Jong-un and North Korea have been met with heads turning towards the United States, awaiting a new declaration, a renewed policy, more arms deployments, or even the disastrous unilateral military strike.

The US, as the global superpower, plays the most important role in international politics, having both the capabilities and the desire to craft policies of choice. This reality has been standing proudly since the fall of the Soviet Union and has been clearly seen in all the conflicts of the 21st century. Iraq, Afghanistan, Libya, the war on terror, all have been the result of American policy. It is only natural that when dealing with North Korea, the world awaits the lead of the US.

This sort of expectation is fueling a self-fulfilling prophecy about Washington’s leading role, which is ignorant of context and strategic thinking. North Korea is a difficult problem that requires a long-term strategy, while the United States is shaky in its response, led by a shortsighted leader and a cabinet divided. It has failed again and again to craft a consistent, real policy, that includes strategic elements beyond furious declarations and inefficient sanctions. Donald Trump is shouting his anger in the aim of shifting the blame to China, desperately trying to cover what has been the truth for a while now, both for the current and for previous administrations – there is no North Korean policy, no North Korean problem-solving, no North Korean nothing. Except from the North Korean nuclear program, something the US has been unable to curb time and time again.

There are many problematic aspects regarding the current policy towards North Korea, which can be summarized as follows: it failed to set any pragmatic goal, while only making North Korea more aggressive than ever. Proponents of sanctions fail to provide an answer that goes beyond the simplistic “it’s China’s fault” rhetoric, when asked why does the North register a positive economic growth. Proponents of containment fail to account as to why, despite all the recent deployments and exercises in Asia, North Korea has become more threatening than ever, potentially extending its destructive capabilities to the US mainland. Advocates of war have an even-bigger fault, failing not only to provide a feasible plan that prevents escalation, but also coming short of legitimacy when calculating the casualties and indexing the damage that such a measure would entail. All of these advocates have only given the regime in Pyongyang the incentive it needed to attain its goal – developing an ICBM capable of hitting the entire US mainland.

We expect the US to serve as the catalyzing force for any policy, the world then falling in line with it and waiting for a solution that never arrives. The United States will never hold the key to the North Korean issue, because it is precisely against everything that the US represents in terms of values, political system, economy and whatnot that the Kim family fought and will continue to fight. The core structure of the DPRK is an antithesis of the US and their whole rhetoric is shaped as to prove that. Beyond ideological constructions, Kim Jong-un believes firmly that the United States is out to get him – and he has all the reasons to consider it so.

North Korea will thus never take a step in bowing to US demands, because it is the US which is endangering its survival, the only power that can wage a war of destruction on the North. The US lacks legitimacy and trust in front of the North Korean regime, a regime that knows the history of others like it and fears dialogue and compromise not because of the sacrifices it would have to make, but because of the uncertainty any deal would bring. Anything that the US will decide to do will be forever seen as either a threat or a lie from where Kim Jong-un stands, and this bridge is simply too wide to cross.

The pause in tests that the regime in Pyongyang had adopted since September has been interpreted by some as a sign that the direct communication between US and North Korea is working and the North might be interested in negotiations. However, the new missile test of 29 November shows how wrong this reading was. The North was simply progressing with its missile program, while the US was following the same inefficient playbook.

In this context, is there any other actor who we should then turn to, one who hasn’t inherited any of these shortcomings and who can help build a feasible policy towards the North? Of course there is, just south of the 38th parallel, a country which speaks the same language as Kim Jong-un – that is, not only in linguistic terms.

South Korea’s importance in this issue has been downplayed as it was expected to fall in line with what its main ally, the US, decides to do next. But as South Korea will always feel the burden of the North stronger than any other party, it also has a somewhat privileged position in the eyes of the rogue regime.

Most importantly, South Korea has occupied the lead role during the Sunshine Policy, with results that range from building meaningful economic cooperation (in the form of the Kaesong industrial complex, which facilitated employment among North Koreans or the Kumgang touristic project, a source of hard currency for Pyongyang), paving the way for inter-personal relations (in the form of family reunions and increased circulation between the two countries), aiding the North in its path to diplomatic openness (culminating with the visit of Japan’s Prime Minister Junichiro Koizumi or that of American Secretary of State Madeleine Albright) and diminishing the threat that North Korea represented (as the North adhered to the Agreed Framework for over 7 years, mostly thanks to the Sunshine Policy, as the economic aid the US promised wasn’t forthcoming). When taking into account that the policy lacked US support for its last seven years (2001-2008) its results become even more outstanding.

It is not only the results of such a policy that make for a clear sign that the key to solving the North Korean issue is buried in the South, but also a close investigation of the signs from the North itself. It was with the South that the regime of Kim Jong-il first sought to establish diplomatic relations through the first presidential meeting. It was with the South that North Korea sought to discuss, and it was, above all, with the South that they accepted to compromise, even in the tiniest bit. When Lee Myung-bak came to power in South Korea in 2008, all the cooperation was stopped in his efforts to align with the US. However, North Korea kept on seeking a partner in the South, repeatedly asking Lee to negotiate.

When North Korea speaks, it is always the US who is blamed, the source of all evils in the world. Portrayal matters, and it tells us something that North Korea holds to be true – South Korea is a victim of the US, but it is not an evil that has to be destroyed. They relate to the South as a lost brother who has to find its way.

For example, during the presidency of Park Geun-hye in South Korea, the North issued a surprising declaration – a mandate to assassinate Park on the basis of her being a traitor. There was no treason accusation against Barack Obama or Xi Jinping. Relating to Park as a traitor proves that, in Kim Jong-un’s eyes, she had a duty she felt short of fulfilling. The two Koreas are linked to one another – and it is about time this is used to our advantage.

When Moon Jae-in started his presidential campaign, he promised to seek dialogue with North Korea, arguing against sanctions as they will forever fall short of solving the crisis. However, his presidency quickly aligned with the US, South Korea now occupying the backseat in drafting solutions for the North Korean issue. Even further, Trump is constantly undermining the US-South Korea alliance by considering a military option, one that Moon repeatedly dismissed as unacceptable, while also seeking to renegotiate or terminate KORUS, the central economic component of the alliance.

Considering how unlikely it is for Trump to ever agree to negotiate with the North or accept its nuclear status, South Korea needs to finally take the lead and become the bridge between the US and the North. Moon Jae-in needs to start offering assurances to both sides and to adjust his policy in favor of constructive dialogue. Engagement and dialogue led by South Korea should then extend to the US – North Korea relation, where both parties will receive reassurances from the South, thus diminishing the probability of mistrust and miscalculations.

South Korea can no longer afford to sit back and wait, when the risk is war. On the other hand, the US isn’t in a position to solve the North Korean nuclear problem, and its actions are only worsening it. Letting South Korea take the driving seat is in Washington’s interest. Cooperation and dialogue are possible, and they need to be tried before the far too frequently mentioned war breaks out, which won’t only destroy the North, but take the South down with it.

Photo credits (in order of appearance): Moon Jae-in during his meeting with Donald Trump, who visited South Korea in November 2017 (Flickr/Republic of Korea), Two American B1-B Lancer bombers flying next to two South Korean F-15 fighters, near the Korean Peninsula, on 20 June 2017, in a show of force and solidarity directed towards North Korea (Flickr/U.S. Pacific Command), The front page of the North Korean newspaper Rodong Sinmun on 3 October 2007, when South Korean President Roh Moo-hyun met with North Korean leader Kim Jong-il, in Pyongyang (Flickr/InSapphoWeTrust), The inauguration of South Korean President Moon Jae-in, in May 2017 (Flickr/Republic of Korea). 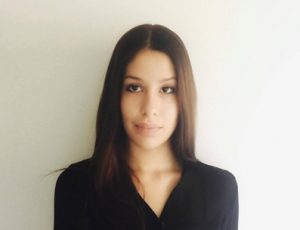 Ioana Cristocea is a former RISAP intern. Her research interests focus on inter-Korean relations, the security of the Korean Peninsula, the internal politics of North and South Korea and the geopolitics of the Asia-Pacific region.