Macron and May: A tale of 2 China visits

Following the visit of the French president, Emmanuel Macron, at the beginning of January, Chinese leaders welcomed another major state visit from a European official: the British prime minister, Theresa May. While Macron is seeking to strengthen his position as a leader of the European Union and the voice of Europe, May is more concerned with the commercial and business opportunities China can provide the U.K.’s economy after Brexit.

While divorce from the European Union means possible free trade agreements with countries around the world, the U.K. lost a major advantage that interested China: being part of the EU. France, on the other hand, is proving to be a diplomatic partner for China in Europe; Macron’s visit was intended to reinforce this position.

However, Macron is not naive in his approach to increasing cooperation with China, but is being practical in proposing fairer trade. France has a large trade deficit with China, amounting to some 30 billion euros ($37.2 billion), which explains why Macron is calling for a more balanced trade relationship. Europe cannot afford to witness the expansion of Chinese business in the EU without making sure that trade is fair and fruitful for both parties.

That is one of the most important messages that Macron delivered while in China last month. He expressed a desire to establish a balanced win-win relationship with rules defined together. In fact, during his visit to China, he mentioned thattrade benefits between the EU and China should be “shared,” which was in reference to some of China’s domestic markets not being as open to foreign companies and investors as they would desire.

Photo Credits: British Prime-minister Theresa May doting the eyes of a tiger in front of the British Embassy in Beijing, China, during her 2018 visit (Flickr/Number 10) 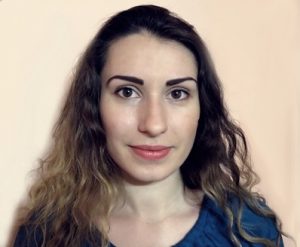 Georgiana Boboc is a non-resident fellow at RISAP. A Mandarin speaker, Georgiana focuses on Chinese foreign policy, China’s role in the international system and its relations with other great powers.