This report is a multidimensional analysis of the 17 + 1 platform between China and 17 countries in Central and Eastern Europe, including Romania. Andreea Leonte, RISAP’s researcher, also participated in drafting the report. 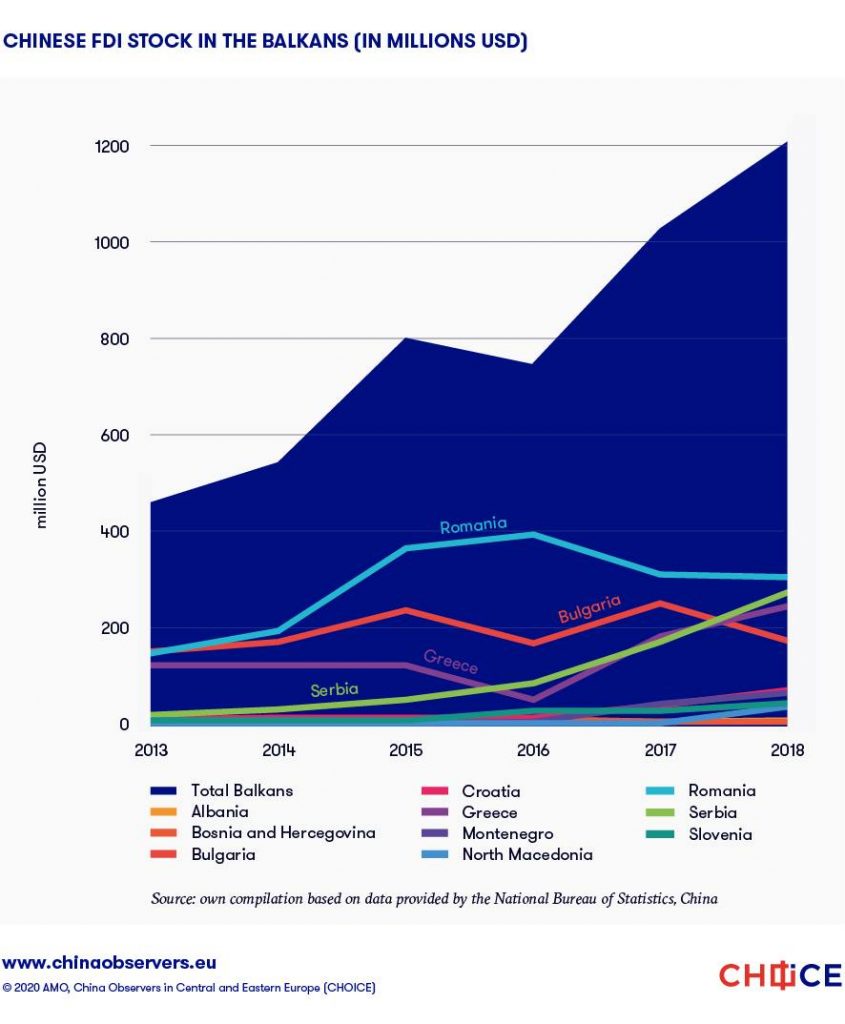 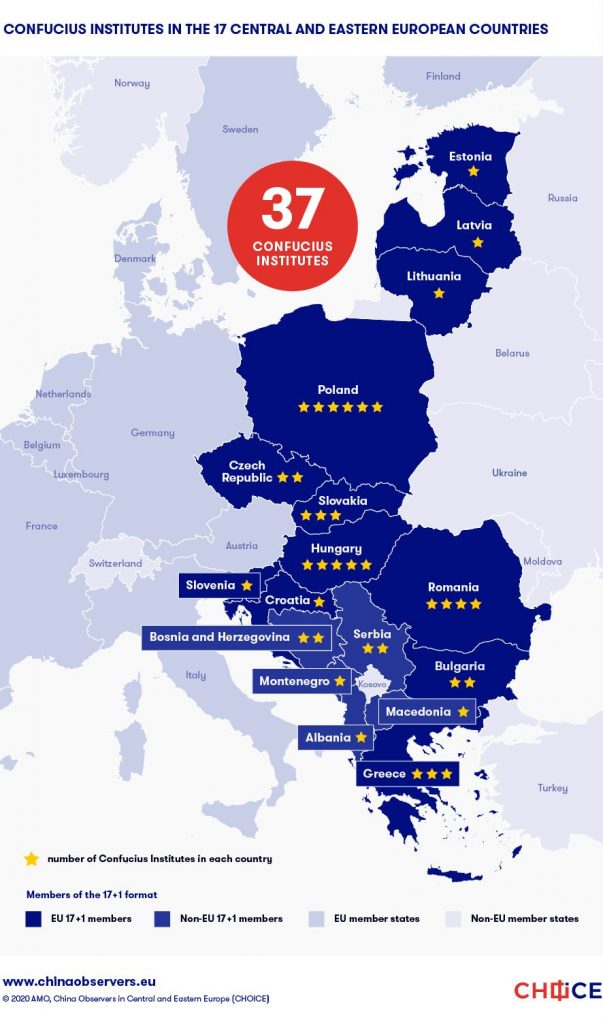 The 17+1 platform has been labeled by some as China’s tool to divide and conquer Europe. At the same time, analysts (the author included) frequently dismissed these charges, arguing that 17+1 is an ’empty shell’ and cooperation between Central and Eastern Europe (CEE) and China lacks substance. The divide in understanding of the platform became apparent when China announced the upgrading of the annual 17+1 summit in Beijing in April 2020 from the level of prime ministers to the level of heads of state. The first camp of analysts perceived it as a worrisome trend, while the latter argued that it is mostly the prime ministers, not the presidents, who call the shots in Central and Eastern European politics. Thus the upgrade, they argued, was only symbolic.

The proponents of the ‘empty shell’ concept, however, seem to be wrong. A large-scale audit of relations between China and the 17 Central and Eastern European countries points to a more alarming scenario. Substance in relations with China is, indeed, not lacking, and cooperation between China and Central and Eastern Europe flourishes, encompassing political, economic and societal dimensions, and is loaded with action.

The reason why observers missed these developments is two-fold. First, the information is fragmented. In individual Central and Eastern European states, China’s actions look scarce and random. 17+1 is neither a multilateral forum, nor a bilateral one. It is an exercise of ‘multilateral bilateralism’, resembling the hub and spoke system of relations, with China acting as a hub in the middle. The spokes, i.e. the Central and Eastern European countries, exhibit – to their detriment – limited if any cooperation among themselves. Second, the areas of interaction, be they political, economic or societal, have been treated as separate. However, 17+1 is not only a political platform, it breaches politics and enters into domains of economy, youth cooperation, academic exchanges, sport, health or media cooperation. Only when the whole picture is analyzed, does the progress and direction of the 17+1 platform become evident.

Over the past eight years, since the inception of 17+1 in 2012, China has managed to build a system of interconnected relations in CEE, a region where it had been almost absent before. For the foreseeable future, China will continue to rise in power and importance. Its increasing global presence, already taken for granted, will inevitably stimulate its willingness to seek influence through different organizational and institutional settings, including (sub)regional organizations. Given the fact that China finds it extremely difficult to ‘infiltrate’ the long-existing ones, it will attempt to multiply the groupings of its own founding, and will try to extract as much as possible from those already in existence, such as 17+1.

The fears of Chinese incursions on many levels (technological, economic, political, or even military) are, factoring in specific regional contexts, substantiated and the dangers are real. However, a response to the threat of expanding Chinese influence in the form of shutting Beijing out is, in practical terms, impossible – not least because it would probably provoke more extreme reactions from the PRC. Instead, a three-pronged ACT(adapt > counter > target) strategy, modeled on the realities of the 17+1 initiative, is suggested.

While seemingly obvious, adapting to China’s presence in the region (be it in Central and Eastern Europe, or elsewhere) may in fact be the hardest component and the most difficult to pull off correctly. China as an actor and an issue will continue to be a stable and growing, if often irritating, component of various regional constellations. Accepting this fact should not be confused with resignation and much less submission to China’s strategic interests. Quite the contrary: national and international strategies need to assess the existing and potential scope of China’s presence, define priorities as well as risks stemming from this phenomenon, and implement or address them through subsequent policies.

Groupings like 17+1 were clearly born out of China’s intention to create institutional tools for amplifying its message and increasing its influence. Still, their members can conceivably utilize them as platforms for countering, limiting or even curbing China’s heft. The way forward consists in making full use of these organizations’ multilateral settings. While countries like Czechia, Estonia or Greece may find it difficult to face Chinese actions alone, there is no formal impediment against them bonding together and presenting their Chinese partners with a unified position. If China wants to retain its presence through these institutions, it is more likely (if grudgingly) to accept the ‘multilateral condition’ than to risk losing its influence altogether.

Once the members of regional platforms like 17+1 rediscover the multiplication effects inherent in ‘effective multilateralism’, to borrow a phrase from the 2003 European Security Strategy, they could even turn these platforms into offensive instruments for targeting China with their specific demands. These might include widely controversial topics (from the Chinese perspective), such as limits imposed on Chinese technological companies or concerns with unfair trade practices, but also more cooperative issues like the need for properly regulating Chinese investment and improving market access for CEE countries’ products. While the actions of EU member states need to be in line with the agreed position on China within the EU, the CEE EU member states can utilize the 17+1 to achieve a better standing in negotiations not only vis-à-vis China, but also within the EU. The Western Balkans naturally pivot towards the European Union, despite the unfortunate lack of a credible and clear enlargement roadmap at the time of writing the publication. The EU should then open a clear path to membership to the Western Balkan countries to offset the growth of China’s political influence.

The current debate seems transfixed by the image of China as an omnipotent, ever-present and inescapable threat. China is – and will remain – far from it. Even small states, especially those safely separated from the immediate effects of China’s economic, political and military might, can succeed in promoting their own interests to their dealings with the PRC. The ACT strategy provides a general outline for achieving this objective.

The text above is an excerpt from the report Empty shell no more. China growing footprint in CEE and it was written by the report editors.

Disclaimer: The conclusions and recommendations included in the report do not necessarily represent the position of RISAP, which was not institutionally involved in this project.